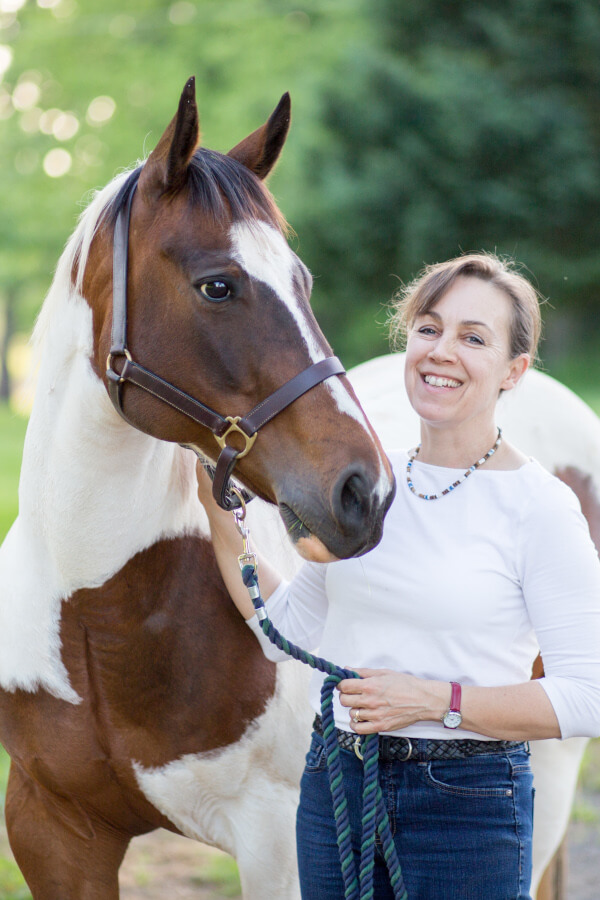 She began her career in Laos in 1989 where she spent two years treating people living with disabilities and amputees, and teaching Physical Therapy as resident representative of Handicap International. Following her work in Laos, Catherine came to the U.S. where she specialized in orthopedics with an emphasis on back and neck problems and sports injuries which led her to become trained in myofascial release.

Because her husband’s job required them to live overseas, she volunteered and established private physical therapy practices in Laos, Taiwan, China, Burma, and Austria.

In 2000 Catherine graduated from the Feldenkrais Method Professional Training Program in Brisbane, Australia. She completed a children’s mastery program in the Anat Baniel Method in 2010.

Returning to the U.S. in 2007, Catherine established her current private practice and worked with both adults and children with orthopedic and neurological issues, becoming a therapeutic riding instructor and a hippotherapy clinical specialist.

In 2015, she became a Certified Equine Rehabilitation Practitioner through the University of Tennessee and added horse rehabilitation to her services.

From 2016 to 2020 Catherine worked part time for The World Bank in Washington, DC as an ergonomics consultant in charge of overseas offices.

A lifelong horse lover, rider, and owner, Catherine lives with her family on a small farm in Loudoun County in Virginia with three horses, one dog, and a barn cat.

Catherine is a member of:

Contact Catherine to explore how she can help you or your horse put an end to your pain and enjoy a better quality of life.

Our clients have shared their experiences with Kinetic Balance to provide you with insight into the benefits and value of our services.

“Wonderful experience!  To find the consummate professional who is approachable and understands the needs and concerns of a senior person who wishes to continuing riding a new horse…Catherine is a treasure. A very enlightening experience that is proving helpful every day!”

“Catherine showed me very quickly and very gently how I was using my brain-body connection in a way that triggered my pain. I could truly feel a difference in the way I walk, stand and use my legs. It was well worth it….and I am going back for more!”

“Catherine is amazing with analyzing what a person is doing with his/her body and how to make the body work better.”

“Thanks to Catherine for a great session! I try to be mindful of the hip joint while walking and running (when I do run) and it has made a big difference in the foot’s contact with the ground. Right shoulder has continued to stay down.”

“After three joint replacement surgeries and open-heart surgery, Catherine is the most competent, caring person I have worked with. Her skills have helped me immensely.”

“Thank you so much for all your work, thoughtfulness and caring toward our son and our family during the last six years. We appreciate all you have done for him and your insight as to what is best for him. You have always been his favorite therapist. He willingly woke up early every Thursday so he could see you. We will miss you greatly!”